Because of the tradition surrounding the royal wedding, there's a lot we know about the event. One thing we don't know is the kind of cars the bride, groom and their families will arrive in. We know there is a carriage precession after the ceremony - which, incidentally, is your best chance to catch a glimpse of the happy couple if you're heading to Windsor for the event.

Wedding transport is more than how you get the wedding party from hotels, to ceremony, to reception. Your transport adds to the luxury and elegance of your special day, imagine how great you'll feel stepping into a sleek, beautiful classic vehicle to start this exciting journey.

Our selection of classic wedding car hire covers all the bases when it comes to wedding transport. Here are some of our favourites from British manufacturers. 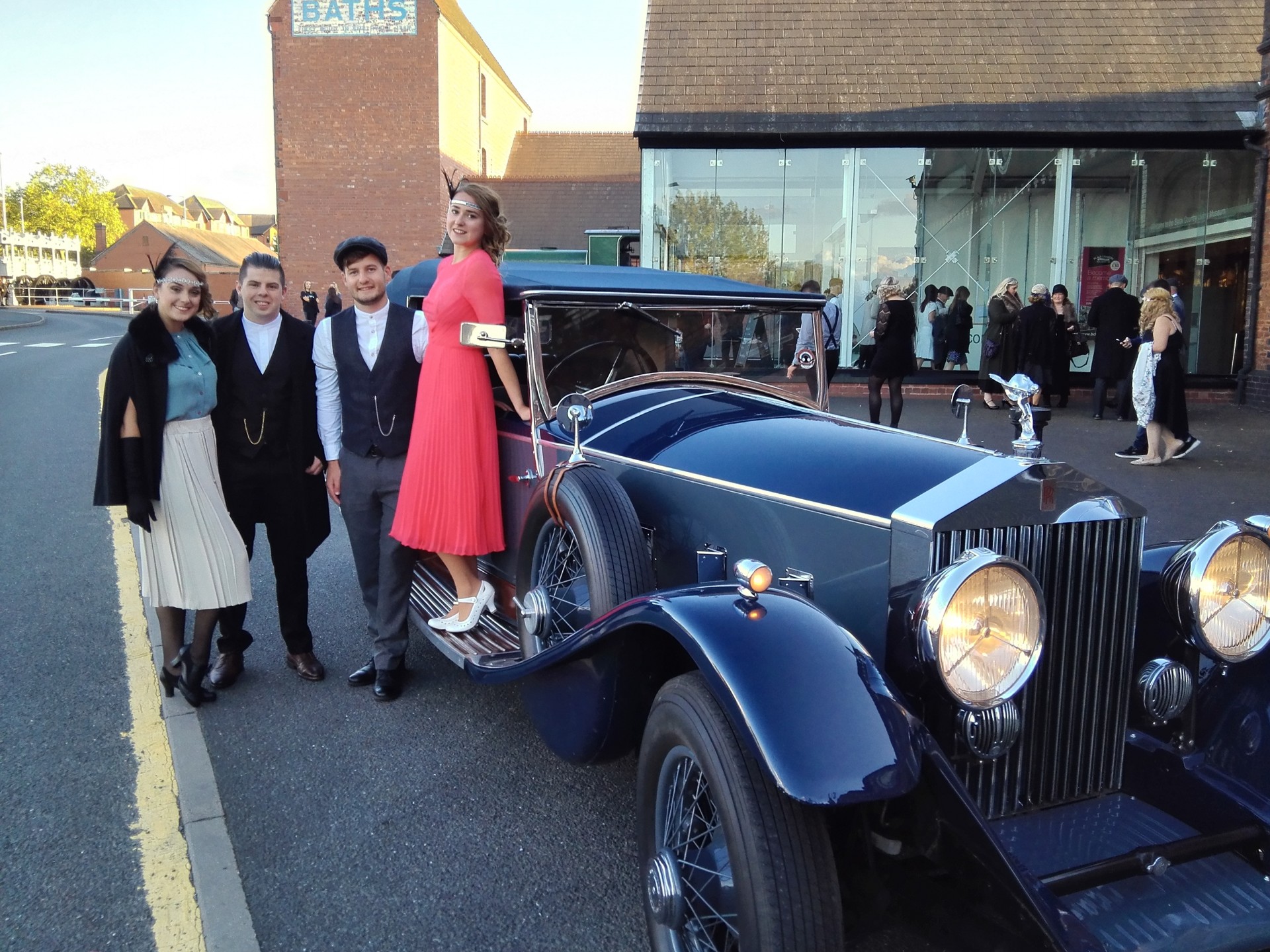 Never has there been a more iconic British wedding car and Rolls-Royce has a brand and heritage that would suit any royal wedding. The Phantom was first launched in 1925 and built in Derby. This one is from 1930 and would look quite at home outside Windsor Castle, a stately home, or a posh hotel. 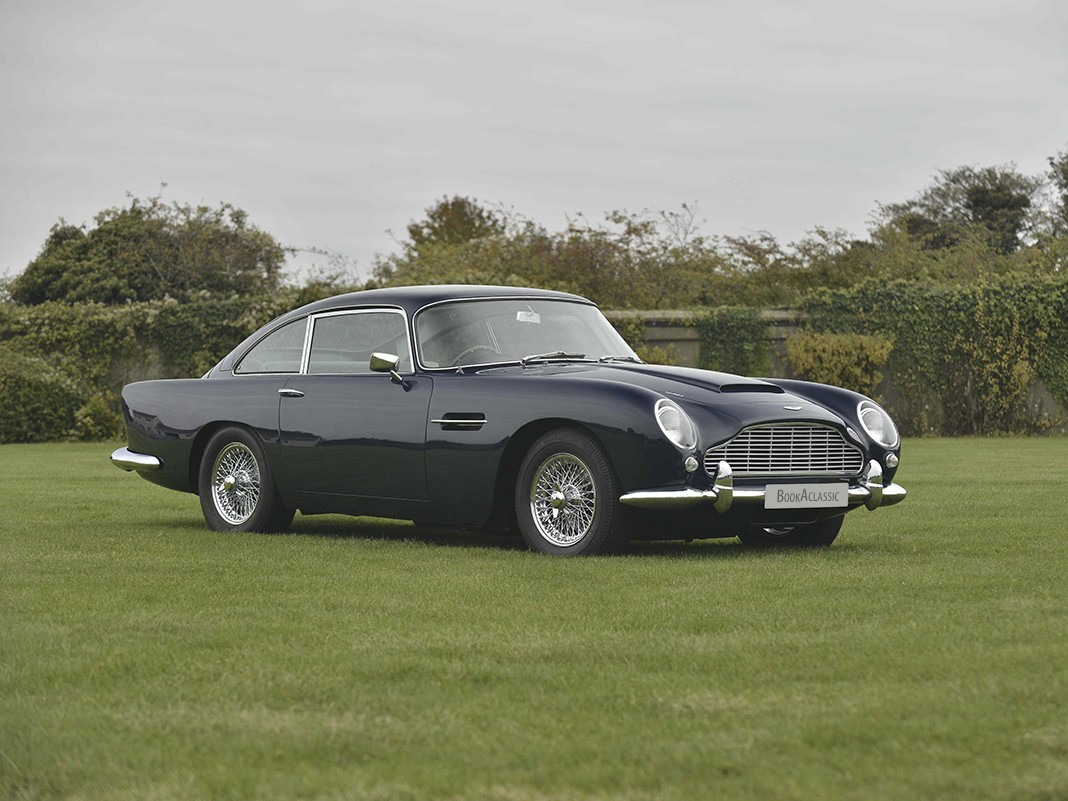 This is another iconic British car, popularised by James Bond and first appearing in the 1964 film Goldfinger. It's perfect for those of you who want to arrive in style to your wedding and appreciate a sporty touch to your classic cars. The DB5 was first built in 1963, as an evolution to the DB4. This model is from 1964 and is a gleaming example of this beautiful classic car. 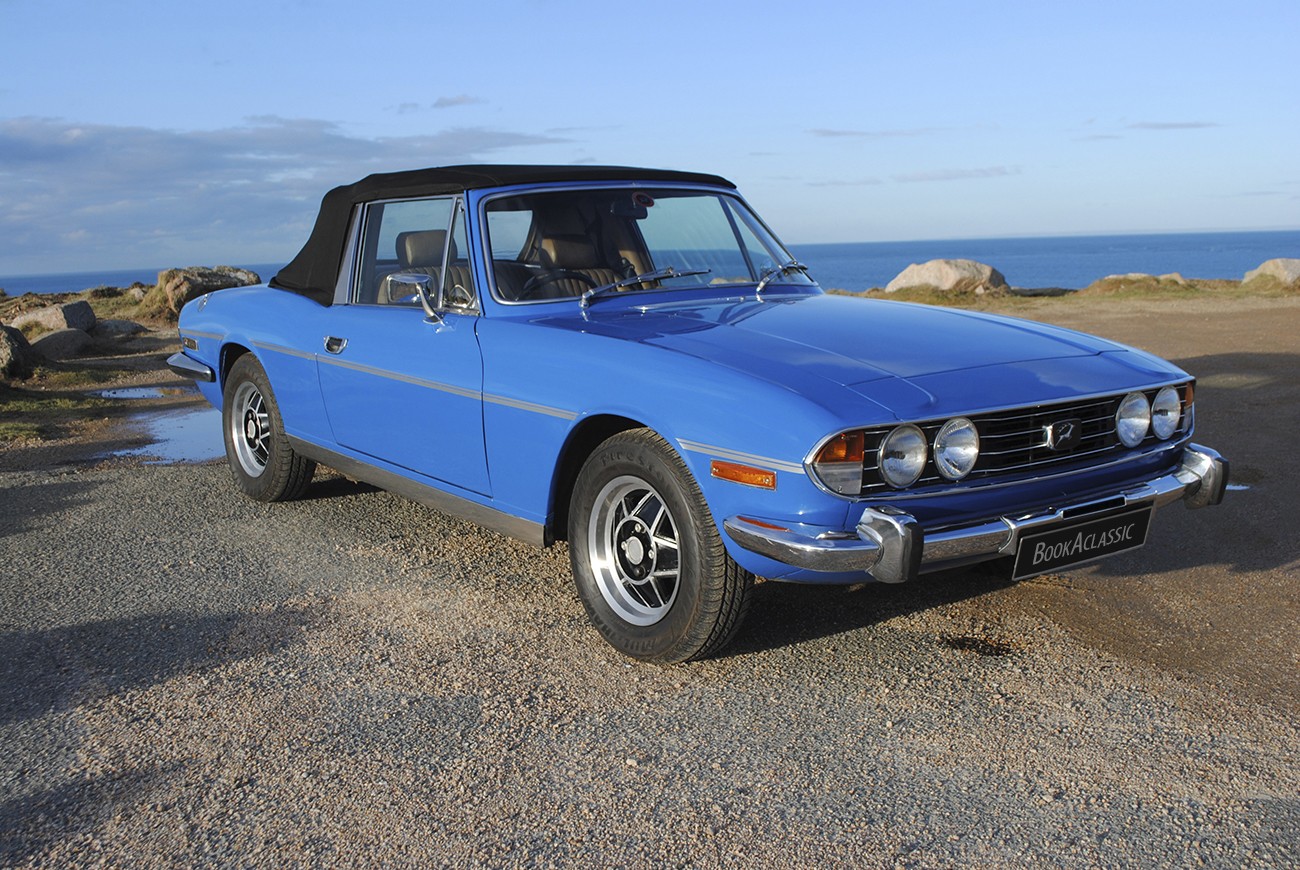 If you want some top-down elegance from your British car, a convertible Triumph Stag is the way to go. This gorgeous 1975 version in blue is certain to turn heads and it'll certainly add a pop of colour to any photographs. You get a little more space in these than some other cabriolets as there's two seats in the front, and two in the back. 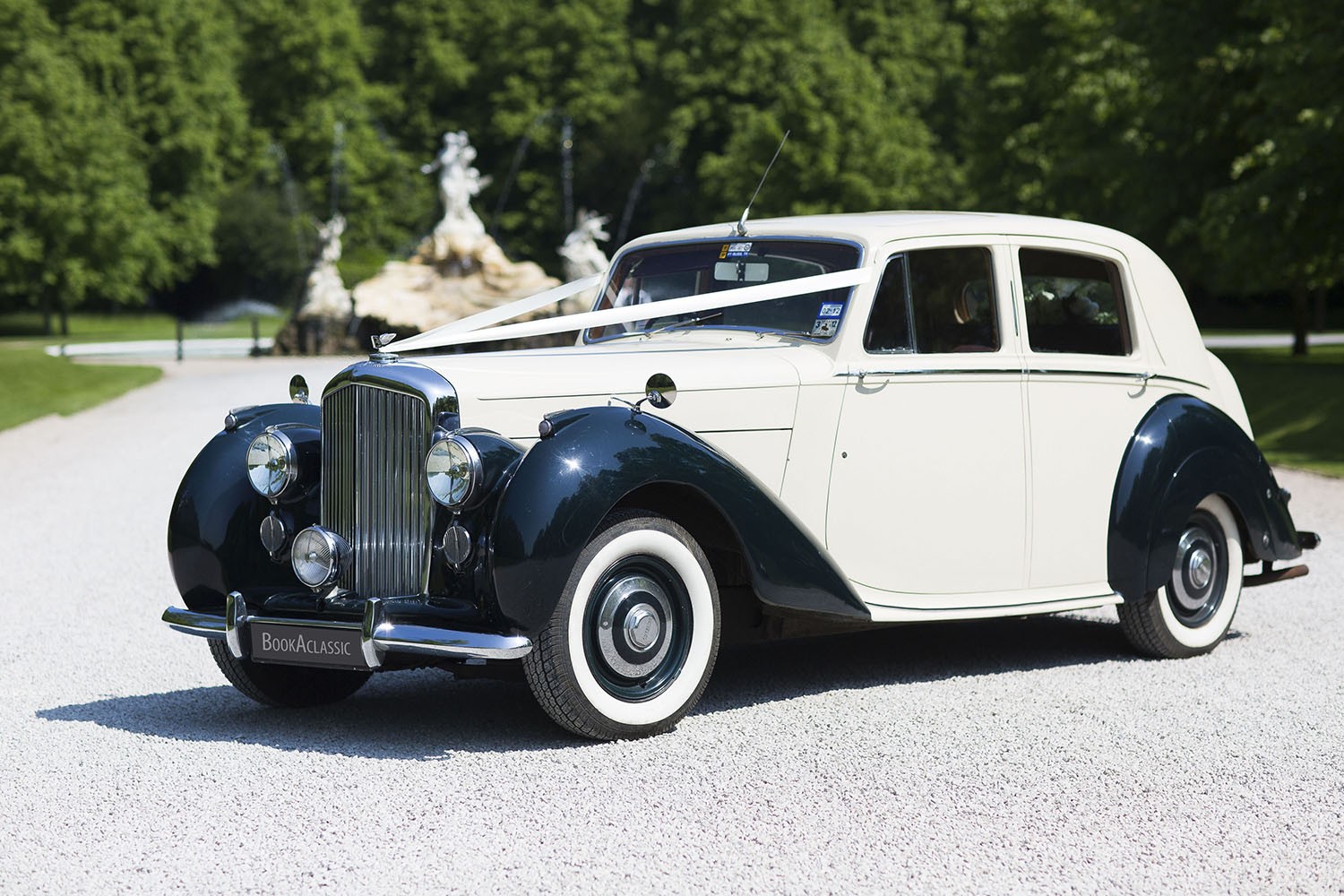 This was the first post-war Bentley, made in 1946. The look and feel of this classic car has been popular with brides and grooms for a long time and it's often one of the first styles couples think of when looking for a classic wedding car. The colours on this 1951 version are particularly striking and the leather interior is the height of luxury. 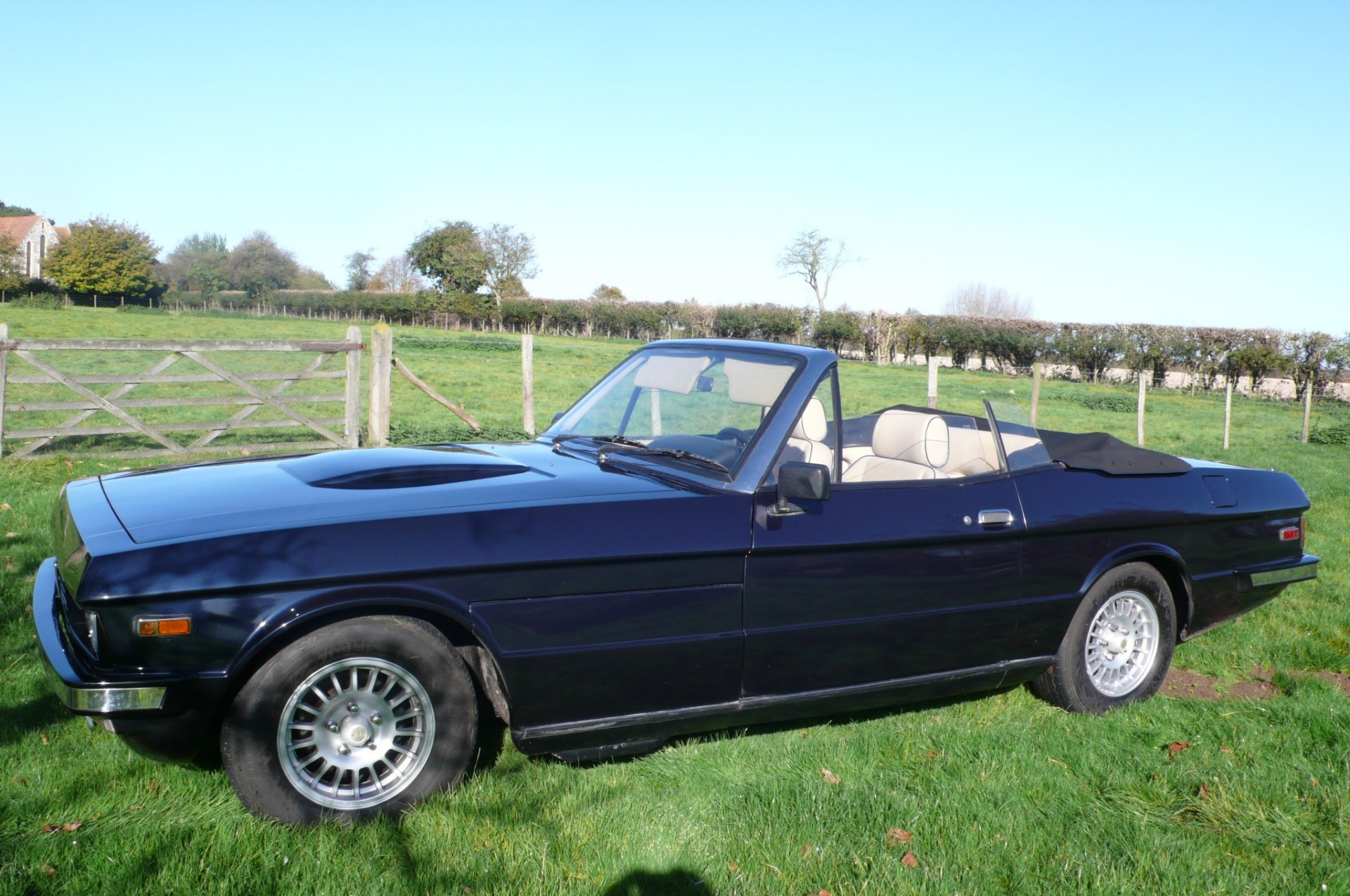 Bristol is a lesser known British car manufacturer that is sadly no longer running. However, a number of these beautiful cars remain, making them a nice addition to any wedding. The Beaufort was made for export to continental Europe so to see one in the UK is a delight. This 1984 version is available for hire if you want a retro feel to your wedding.

In Britian, we are lucky to have such a rich automobile manufacruting history. The fact that so many of these cars remain, both the rare and popular, is fantastic for couples who are looking to book something with the stamp of Made in Britian for their wedding.

What classic cars do you think are fit for a royal wedding?