If you're trying to plan a getaway for the Easter holidays, or get something booked for a summer road trip, consider driving the Lake District. This is one of England's most beautiful locations and the roads are a petrolhead's dream. Whether you want to drive a cool and calm Hillman Minx or relish the roar of a 1965 Corvette Stingray, you won't be disappointed with the tarmac that winds through the mountains.

The Lake District is England's largest National Park and now a World Heritage Site too. The more adventurous of you will be excited to climb Scafell Pike – the area's highest mountain, or explore what there is to do on the Lakes themselves. However, many of you will be more than content to drive from cafe-to-cafe while appreciating the varied scenery.

The A66 is the main trunk road through the Lake District and while it's not the most inspiring of roads, you'll probably need to take it at some point.

If you're after a well-kept but exciting road, the A686 from Penrith to Corbridge (see lead image by Howard Russell) is the best place to start. It's not too challenging and there's plenty of space to pass traffic coming the opposite way. The wildness of the National Park stretches out around you and there's all sorts to see and do along the way. 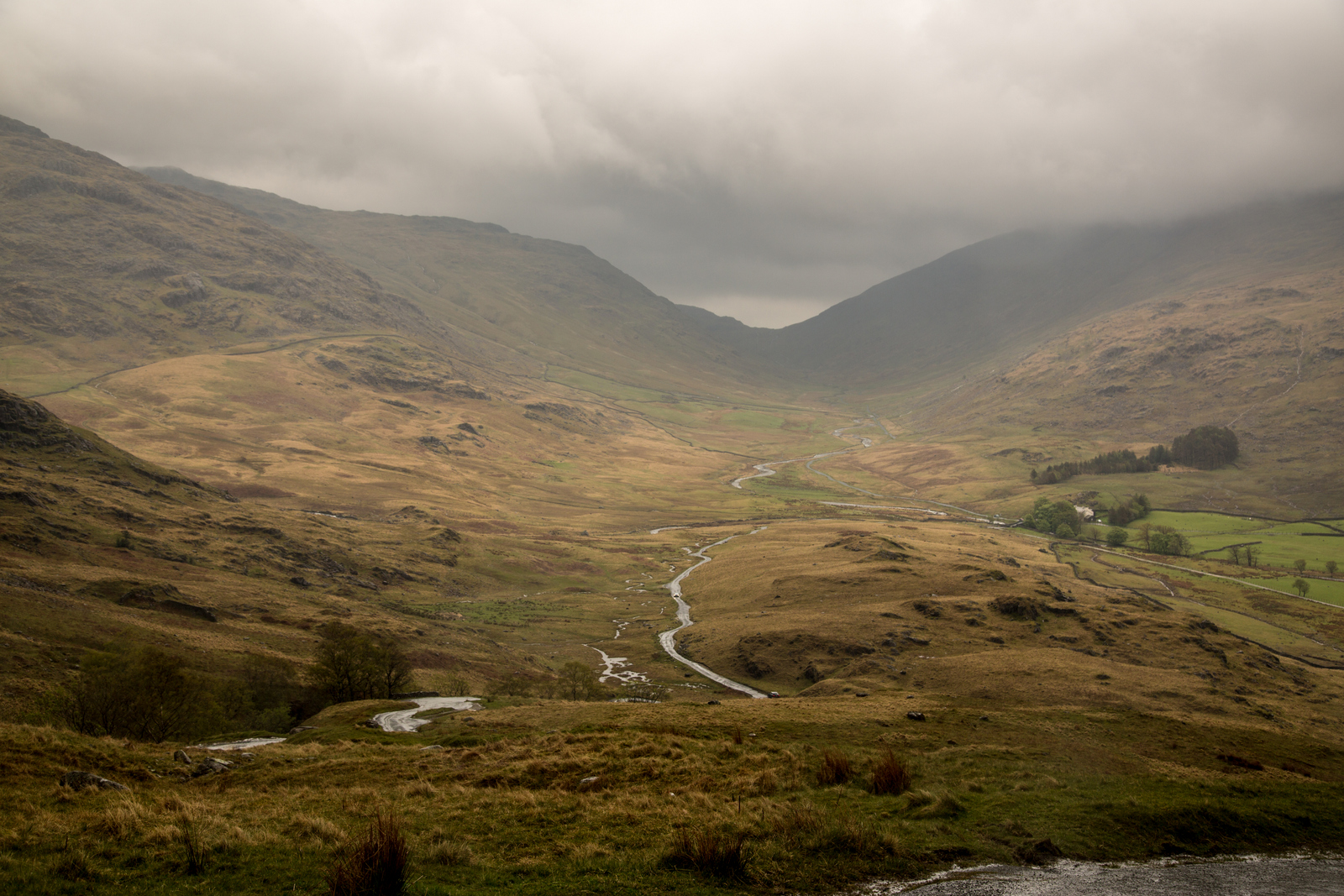 The more confident drivers among us should tackle one of the area's many mountain passes. The most famous is the single track Hard Knott Pass that boasts one of the steepest gradients in England (33%). If you're ready to tackle the twists and turns of this pass, make sure to stop at the Hard Knott Fort, near the Eskdale end of the pass. This location gives you some fantastic views of the Scafells. 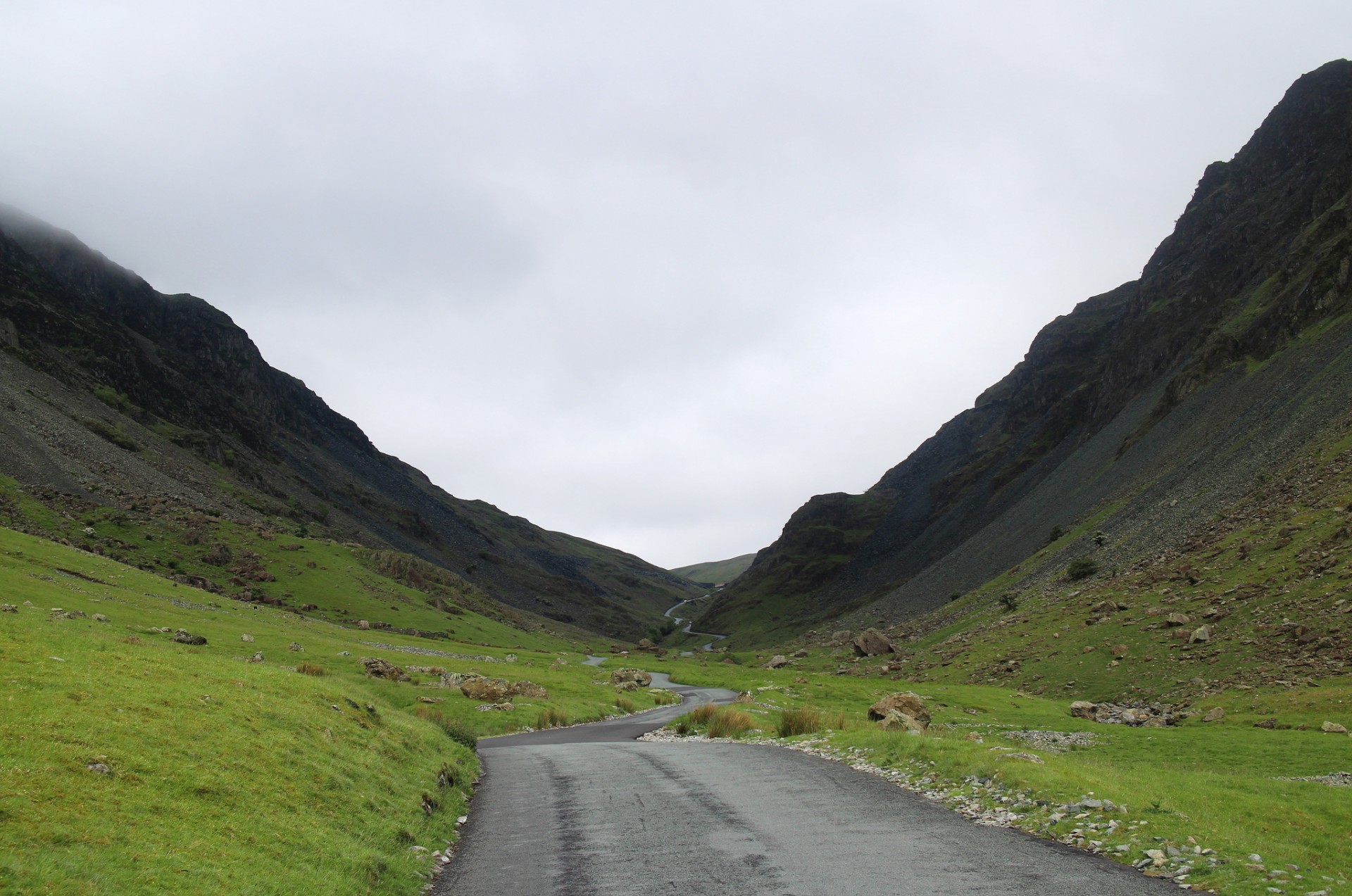 While not quite as steep as the Hard Knott Pass, Honister pass still offers a few challenges. It's the highest pass in Cumbria, rising to 355 metres (1167 feet) at the summit. At the top, you'll find Honister Slate mine, which is open for tours. It's also a great starting point for walks up to Great Gable or Dale Head.

The Honister Pass forms part of a scenic circular drive from the pretty market town of Keswick that includes Newlands Pass, Buttermere and Crummock Water, areas that aren’t quite as dominated by visitors as other parts of the Lake District.

If you happen to be in the Lake District in June, keep an eye out for the Lakes Classic Car Show, which takes place at Grasmere Show Ground.

There's also the Lakeland Motor Museum that features plenty to see for any car enthusiast. The museum traces the development of road transport through to the twentieth century, so there are plenty of classic cars on show within its 30,000 exhibits.

If you're looking for somewhere to rest or stop for a bite to eat, the Fat Lamb is a classic-friendly pub with accommodation. There are discounts for car club members, knowledgeable staff who can give you advice on what roads to tackle next, and plenty of tea and coffee.

So whether you're hiring a classic car in the Lake District through BookAclassic or are looking to take your own classic on a road trip, it's an area of England that will never disappoint.