It’s 7 pm on a balmy summer's evening and you’re cruising past the Dolomites in a red Porsche 911 wind coursing through your hair. Sounds like a dream, right?

For the past 9 years, Passo Tourismo, the brainchild of ex-investment banker Lars Eise has given people the opportunity to experience just that. Growing up in the United States, German national Lars did not get to experience the type of fast cars that are now synonymous with Passo Tourismo, rather tinkering with his pick-up truck and trying to squeeze as much juice out of what was available to him. This penchant for speed and motoring did not subside as he carved a career in investment banking and after a successful period which included returning to Munich as an investor, he was able to turn his passion into the company he had always dreamed about.

The company has gathered momentum through arranging classic Porsche tours throughout the most scenic locations in Europe for customers all around the globe. This success resulted in a few special tours that Passo Tourismo arranged on behalf of Porsche itself, really cementing its position as the ultimate Porsche driving experience. 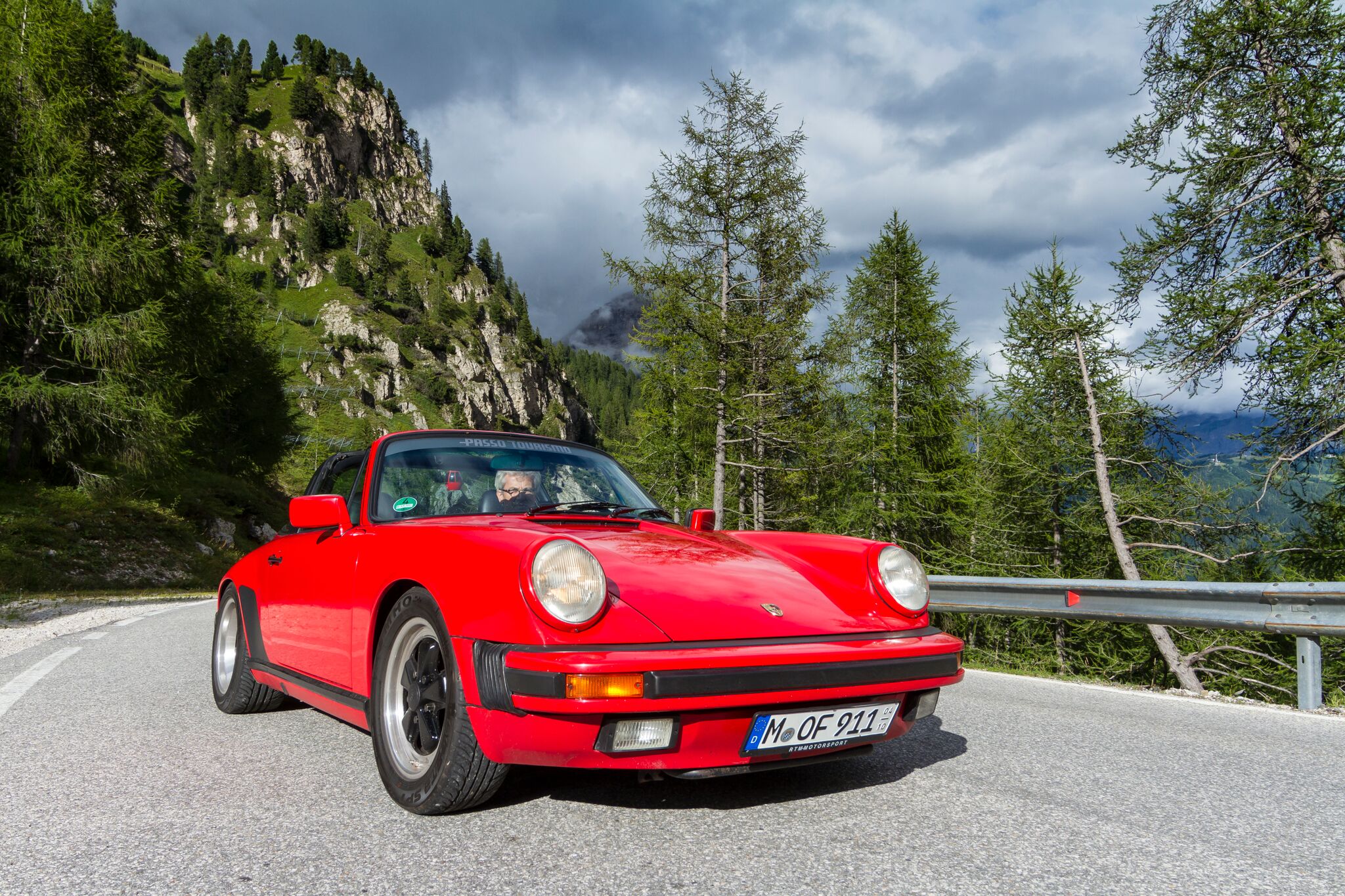 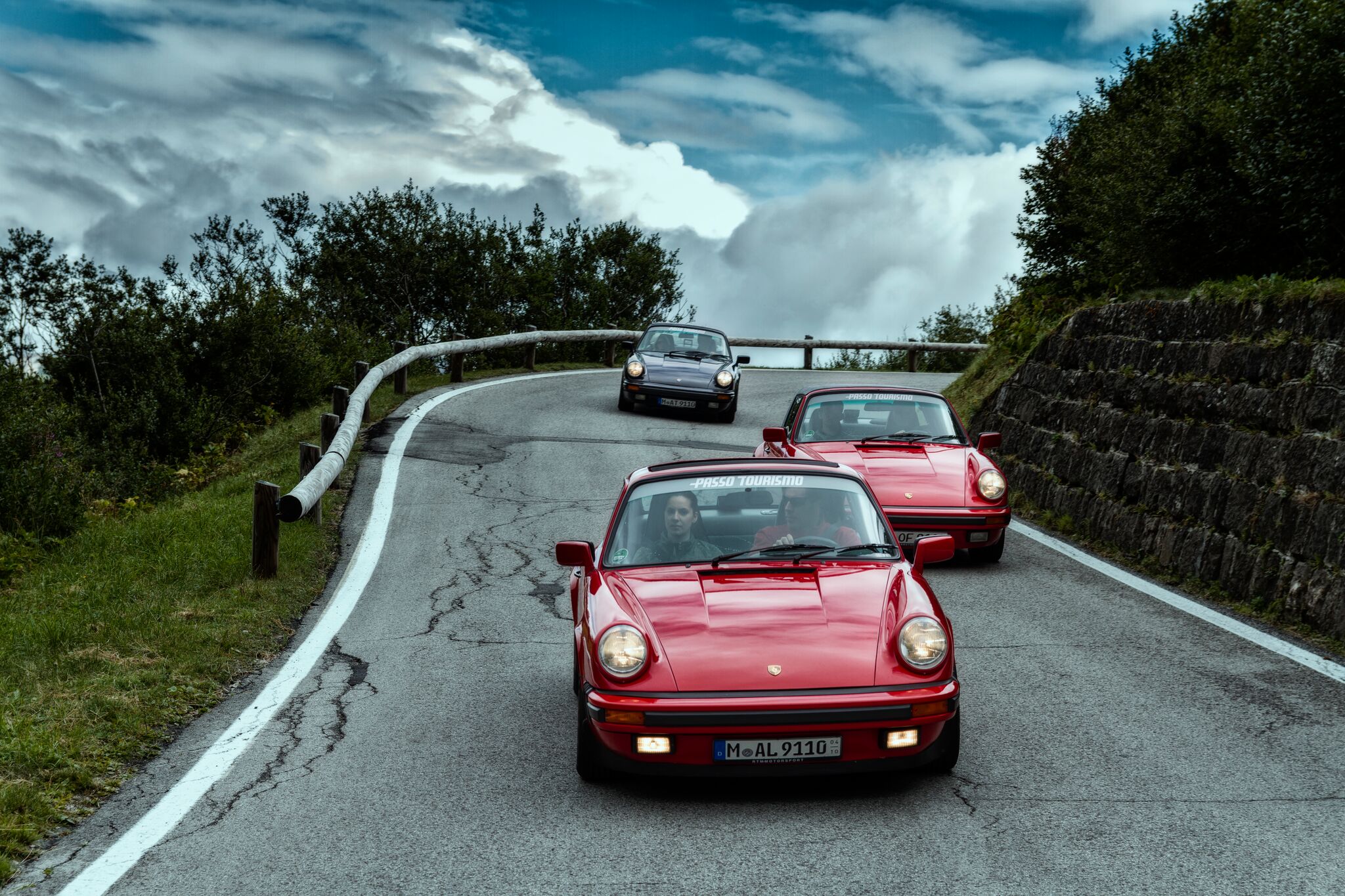 It Started With A Dream And Dreams Are Better In Reality!

This week BookAclassic had the pleasure to sit down with Lars himself to talk turning dreams into reality, classic cars and what the future holds for BookAclassic and Passo Tourismo.

Marko Alfirevic: It seems that Cars have been a huge part of your life, have you always been a Porsche fan and how did the idea of Passo Tourismo come to fruition?

Lars Eise: When I was a small boy, I fell in love with the “lines” of the Porsche 911 Turbo. I was given a model to build, which I took great pleasure and pride in. Then, I decided that I wanted to have a real Porsche. As time passed and I got older, the idea actually became more of a “life goal”. That “goal” was to have my first 911 before I turned 30 years old. I went to university, got a job (investment banking), worked hard and saved my pennies. When I was 29-and-a-half, I achieved this goal by purchasing my first 911. It wasn’t a Turbo, like I had desired (that came later), but it was a beautiful red Porsche 911 Cabrio. I continued working in investment banking and soon found other colleagues (later good friends) that shared my passion. In the spring of 2002 I was asked by a few of these guys to plan a “Porsche only” trip through the Alps, which I did. The “Dolo fun run” as it became to be known was a great success and through the power of the internet, other people (friends of the friends) started asking if they could join the tour, which had become an annual thing. Unfortunately, some of these guys were coming in from the US or other far off places and couldn’t bring their 911 with them. When they asked if I could find a company that would rent them one, and I couldn’t (there simply isn’t anybody in Europe who does this), I figured that there is a market for this. So, in the Fall of 2009, I founded Passo Tourismo to professionally provide tours (all-inclusive) and classic Porsche 911s to enthusiasts from around the world. Today, we have over 65% clients coming from countries outside of Germany, most of whom are enthusiasts - with their own 911 - in some far away land.

MA: What are your favourite aspects of a Porsche and in particular the 911?

LE: First and foremost, I think that Porsche stands for a “driver’s car”. Basically, there are not too many chauffeured Porsches in the world. Perhaps a few Panameras or Cayennes, but probably no 911s. Secondly, Porsche stands for quality. To this day, the build quality of Porsche vehicles far surpasses that of its competitors - even other German manufacturers. Regarding the 911, I have to say that in combination with the two aforementioned points, the classic 911 is a truly unique and very direct sports car. It is the most precise driving machine, with the highest build quality, of any car that I have ever driven - and I have driven quite a few.

MA: Do you see Passo Tourismo as a strictly Porsche experience?

LE: I do not necessarily think that we will stay Porsche exclusively, we have to consider that other Passo will not be the only business offering this experience. There is a lot of demand for other vehicles which means that the Porsche experience may become a sub-brand, however, every vehicle that will be used under the Passo umbrella must have the same ionic pull to them. This could be a Caterham 7 or Austin Healey - it is really a question of where are people going to be the most excited of this. We are in the business of desire where people may not realise until they have done it that they now need it. This is the addictive aspect of what Passo does and for now the drug is Porsche.

MA: What has been your standout moment for you and Passo Tourismo?

LE: There have been so many. We have fulfilled the dreams of all types of people (older men and women that wanted to regain a bit of youth, newlyweds that wanted their dream car for their wedding and/or honeymoon, etc.). But, the brightest moment was being selected to provide a classic 911 to a German Blockbuster movie called “Willkommen bei den Hartmanns”. The male lead, Elias M’Barak, drives my silver 911 Targa throughout the film. It was a very proud moment to “teach him how to drive the classic 911” and to see it come together on the big screen. Also, it was a great experience to be “on set” for a few days and nights with some of the other German film prominence. Plus, it paid pretty well…

MA:If you had to pick 1 country to drive in for the rest of your life, where would that be and why?

LE: This question is impossible to answer! I am at home, here in Bavaria with the Alps and Dolomites in my backyard. The driving is excellent, but I can cover 3 countries in one weekend. But, I also love driving in the South of France in the Alpes-Maritime. Furthermore, the south of Spain is outstanding and I am looking into Sicily right now. I have driven in the Rocky Mountains and in South Africa. All pretty unique driving locations. I hope that I never have to make that choice...

MA: Following on from this what would be the best option for a driving experience ‘virgin’ to cut their teeth on?

LE: We have a variety of different tours, starting with one day all the way up to five. Having said anything above three to four days are generally for the die-hards, the people that know what to expect and have experienced the quality on a smaller scale. Our best seller is the two-day tour as this is the weekend away which was originally the core aspiration of the business. This appeals to an adventurous side where you put your trust in the expertise of the team to provide the perfect roads hotels and restaurants to make the trip as complete as it can be

MA: How do you see the future together with BookAclassic?

LE: I am only just beginning to get to know BookAclassic, so my thoughts are still pretty young. But, I think that if it is done right, BookAclassic has a realistic chance to become what it aspires to be: the Go-To-Site” for everything and anything in classic vehicle rentals. Together with Passo Tourismo, it is about making memories that last for a very long time. If done right, it can lead to a certain addiction, with clients or guests returning for their fix. This could be particularly interesting within the international scope of BookAclassic, with people enjoying a driving experience in the Alps in one year, the Mediterranean the next and somewhere else the third. 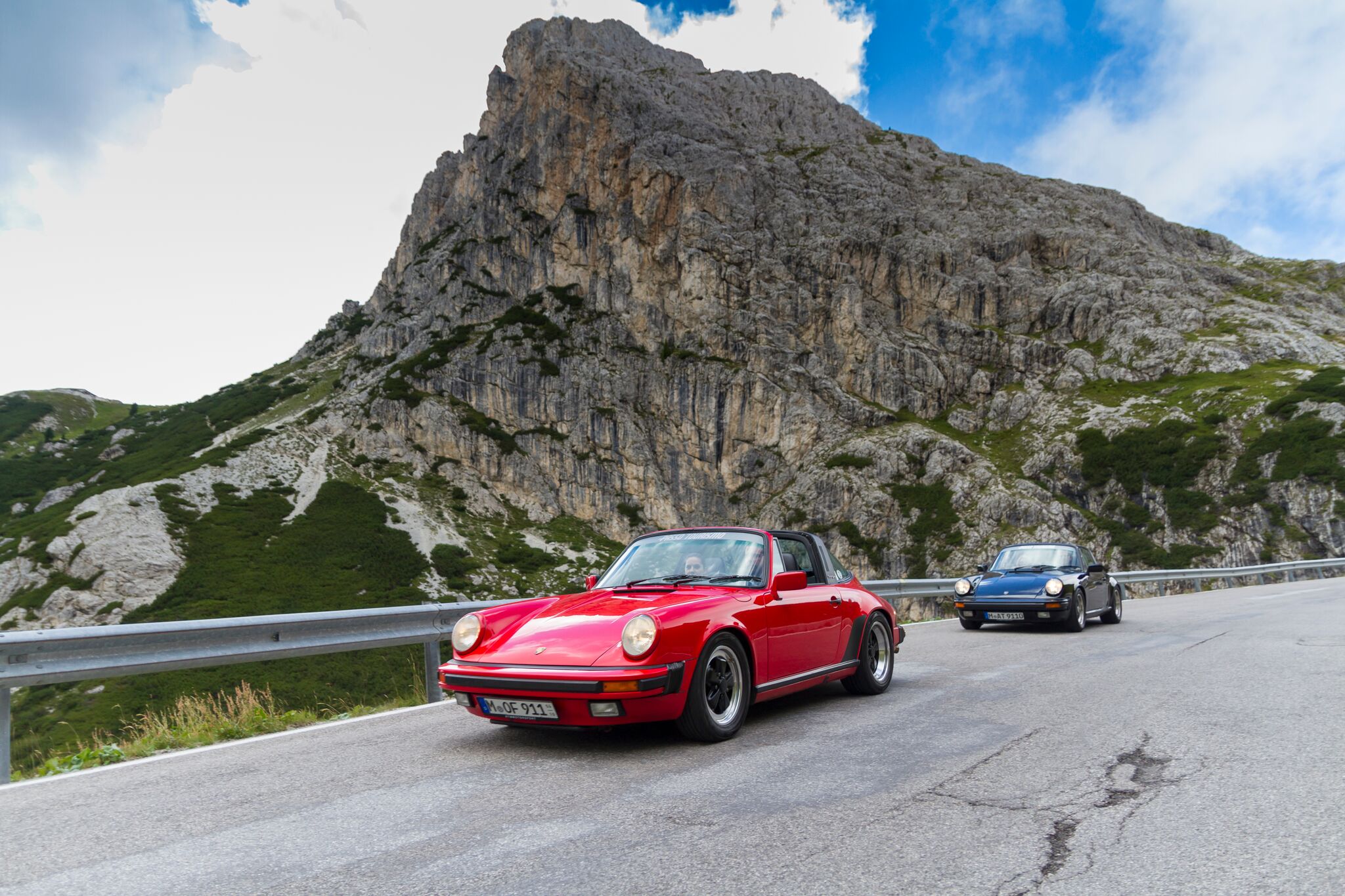 “We are pleased to say that Passo Tourismo is teaming up with BookAclassic and will be an important partner in our mission as the worlds classic car travel platform.” Claus Stig Christensen, CEO of BookAclassic.

August saw the advent of our own luxury driving experience offering in Malta and linking with Passo Tourismo means a natural progression offering self-drive package tours with hotel, cars and dining for classic car enthusiasts and people looking for a unique experience.

In addition, we now permanently have two of Passo Tourismos  1987 Porsche 911s (in red & white) on our system available for self-drive hire in Munich. 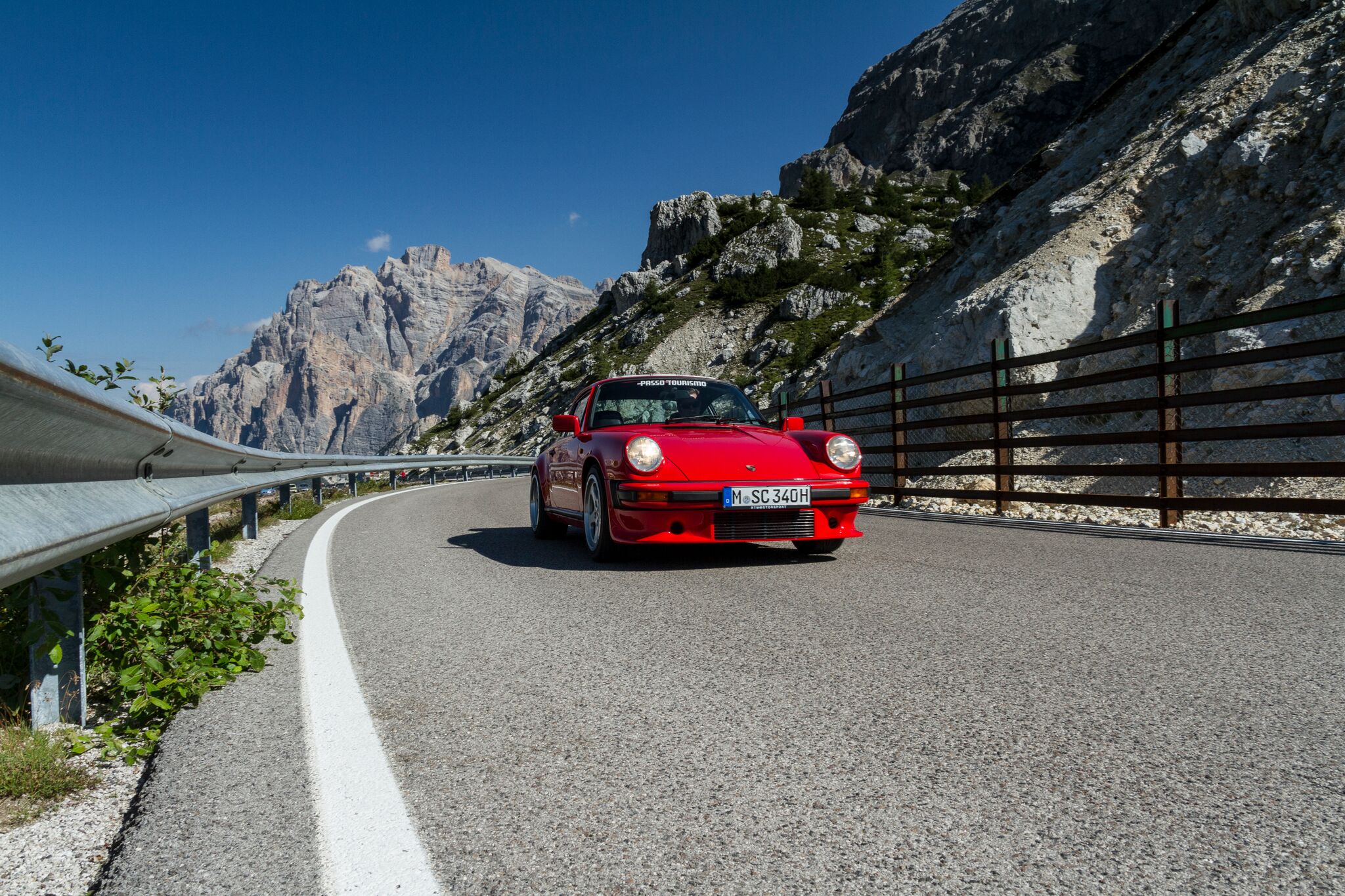 This partnership puts into focus the other exciting events that BookAclassic has on the radar such as the Mille Miglia, the premier event for classic motorsport aficionados across the country.

Being at the forefront of classic motorsport and vintage vehicle culture will always be BookAclassic’s main aim and as one of our loyal members, we invite you to join us for the ride!