In the third edition of the series, we speak to Erik Comas, the French former Formula 1 driver, that participated in 63 Grands Prix and drove for the Ligier and the Larrousse teams. After ending his Formula One career, he went to Japan to attend the All-Japan Grand Touring Car Championship (JGTC), Japan's premier racing series, where he won the GT500 title in 1998 and 1999. He also attended the 24H Le Mans for many years and, in 2005. he gained a fantastic 2nd overall place with the Pescarolo Sport Judd team.

As Erik is a very big Lancia Stratos enthusiast, he organized two very important events: In 2016 the first World Stratos Meeting – , to celebrate the 40th anniversary of the Lancia Stratos victory at the 1976 World Rally Championship, and in 2018 … his wedding!

- Did you always dream of being in a racing driver or was the opportunity created?

First, when I was 10-13 I was following off-road motorbike with many posters in my room. Then one day as my father had a small garage doing himself the work on cars and helped with a young mechanic, whose brother had a go-kart and was servicing it on evening and weekend. In those days it was not like today where most cities have an indoor track, only few popper tracks where existing. When I turned 13 he invited me to test it. One of the best days of my childhood, I was seeing myself from the sky (we would say from the drone those days) not driving a kart but an F1 … and it happened 15 years later. Indeed as my father saw my enthusiasm he decided not to spend money and asked that I carry on to do bicycle, which I did as training until 18, then sold it to buy a used go-kart. The year after I clinched the first of my ten titles but I was already 20, the year after I won the Windfield prestigious Concours Pilote Elf and one year later I did my first single-seater race aged 22.

- You raced single-seaters but you are passionate about the Stratos: which is the chemistry between one and the other?

Indeed only a few can understand my passion for the Stratos. I saw Darniche on the road when he last won the Monte Carlo in 79, the emotion is still inside myself. Rally was too expensive without support so I focussed on the track where I had talent. Since 2011 and after rallying few years with my Alpine, I switched to the Stratos and the emotion from 79 was intact but this time with me at the drive. This car is a racing car built for rally, all others are road cars modified for the rally, therefore the DNA is there, such as the numerous single-seater I drove, very responsive to any setup change. Pure joy when you set the car as you want it to act. My racing driver background has helped very much as the performing window is very narrow, unlike a 911. 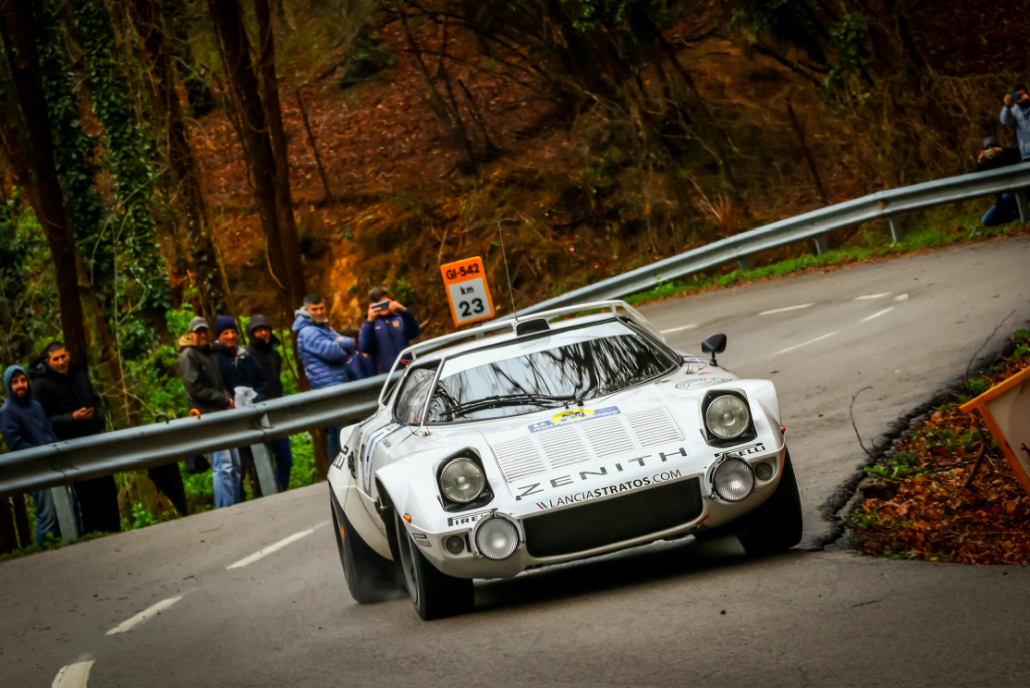 - Your span in Formula 1 was a relatively short one but highly emotional: was it destiny or did someone else turn the tables towards you?

Wrong year wrong car, despite an astonishing pre F1 winning 5 titles including F3000 (GP2), I paid expensive persevering to race for a French team despite all efforts from eddy Jordan to ask me to join in 1991, which Michael did later….
1994 May 1st was emotionally brutal, I never recovered the fact to be useless seeing Ayrton dying. Japan GT500 was a way to escape.

- During your racing career, was there ever any inspiration from a driver or someone else?

Jim Clark and a kid, but mostly because my pyjama was a replica of his Dunlop racing suit, then Niki and Ayrton. He his the only F1 driver who congratulated me for the F3000 success, and he was Senna, this you can’t forget. Now I realise how I have been lucky to know him, we were seated next to each other at Imola briefing talking about meeting each other in London to talk about safety after Roland’s death. A few hours later he passed away, and my love for F1 too.

- Erik Comas the non-racing driver: what do you do best and why?

The bicycle as always been my favourite (but not exclusive) sport to enjoy and to keep fit. In 1992 I even won the Interlagos F1 GP drivers bicycle race (one lap full attack) sponsored by Calo bikes Brasil.   Now I only do mountain bike as I am scared by the road cars since the cell phone invaded this world, most dangerous virus ever.

- We are seeing a change in regulations in Formula 1 for 2021: what would Erik Comas recommend?

Unlike they want us to believe, the F1 is not healthy. A full grid is 26 cars at the start as track are homologated, since two decades we are far from this number. The FIA should oblige the top team until to reach 26 cars, to add a third car each but only for a newcomer in F1. This would bring much more turn over in the grid and raise the level giving the youngsters much more opportunities.
Then de DRS (Don’t Reverse Sir) is not acceptable. Imaging to lock the brake pads one click to the one being overtaken, this is exactly the same but it would be safer.
Be serious, F1 has to be challenging cars, already that the electronic and the shift unable them to make mistakes, let them pass on the brake but first reduce this aero excess downforce. We need car control not car controlled.