Tigrotto OM Orlandi, 1956. A historical milestone back to present times

We caught up with Agnese Eleonora Civitarese, who shared the beautiful story of the 1956 Tigrotto Orlandi.

Entirely curated by expert hands at the historic Civitarese Viaggi company and laboratory in Ortona (Abruzzo, Italy), Tigrotto Orlandi tells a story of 'rebirth': the postwar national rebirth in the golden 50s and 60s, as well as the physical rebirth of this vehicle back on the road 66 years later. Tigrotto has indeed been restored in its original components only where needed, preserving the main perceptible characteristics that are still in the memory of the most who lived that historical period.

Upon entering, it is immediately a sensory journey: the engine's roar, the acrid smell of the seats' leather, the original Capri Orlandi colour of the bodywork, the internal components' typical pastel shades, the smooth and solid materials at the touch. Welcome to a real 'time machine'. 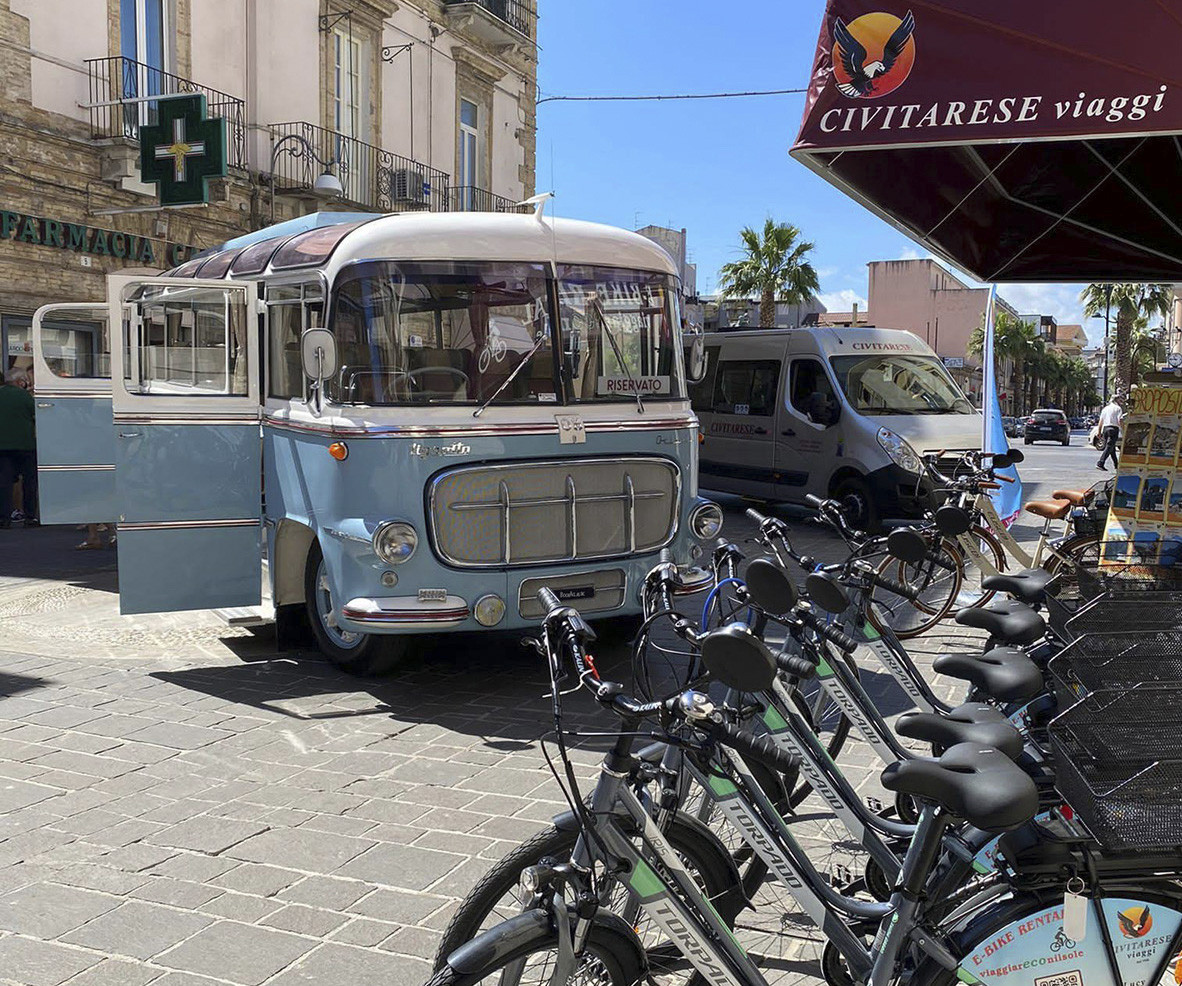 So, here we are. Back on time to when Sir Ermindo Civitarese, war-wounded and cross of merit, had the brilliant intuition to create a transportation link between Villa Rogatti and other southern districts of the Ortona town, still destroyed after the sadly well-known 'Battle of Ortona'. All was initially just made by a draft idea and a few makeshift vehicles, but a lot of passion and dedication for sure. And from a just faraway ambition to reality over those post-war years, when the 'bus' arriving became then a clock ticking the time in the village and waiting for their passengers to board, happily rumbling outside their house doors. Now, this history relives and echoes in our streets, and the #TigrottoExperience projects us to the future, remembering these precious moments.

In 1946, Ermindo Civitarese, driven by the passion for vehicles and deeply touched by the sense of powerlessness facing his territory destruction, embarked on his dream in favour of reconstruction. This dream finally began to come true when, with many sacrifices, Ermindo decided to buy an old English military ambulance on the American market of Porta Capuana in Naples and use it in the most economical way to transport people. He then asked the Tortella brothers to readapt the internal mounting iron boards along the interior sides and wooden planks as seats. This readapted means of transport was the first local bus service in Ortona. According to some bequeathed stories, it is onboard this rudimentary bus that people started telling each other again about their everyday back-to-normal life. As they were sitting one in front of the other, they had the chance to chat again about their workday, their family routine, some village news and rumours... The farmers could bring their products to the town market, and everyone could finally reach Ortona "on horseback" of the bus, and no longer just by bicycle, by chariot or walking. Finally, it was possible to commute, study, communicate, travel, have hopes! 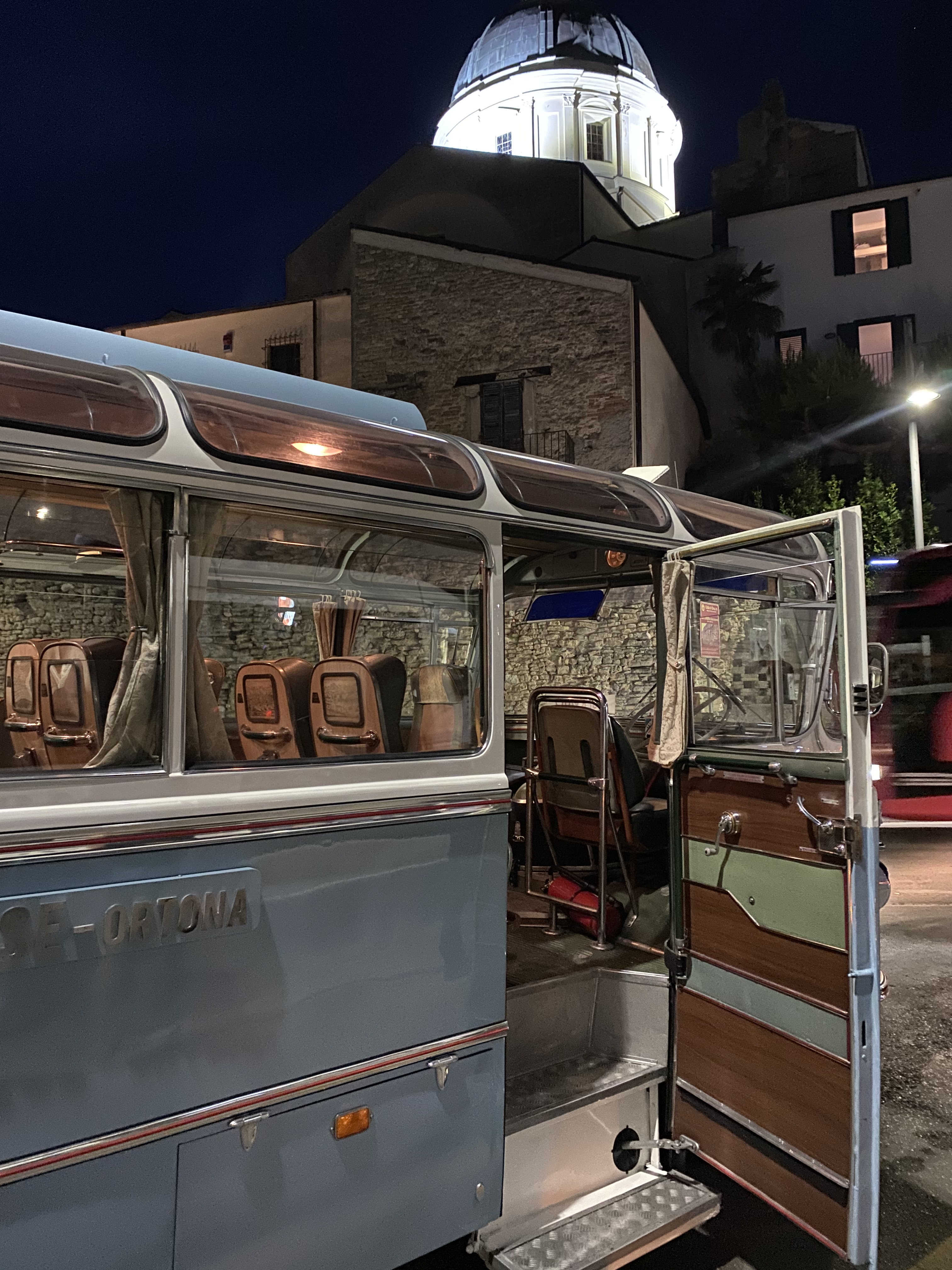 That prototype was then followed by actual buses purchased with great effort. By the time, Ermindo, as the public transport pioneer from Ortona, founded the 'Fratelli Civitarese' company. Hard times in which the willingness was the master key bringing forward every effort and the strong empathy and familiarity with the passengers and friends fostered the determination to succeed in this project.

In the 1950s and 1960s, the historic 'Lunetta' Fiat 626 also joined the enriched fleet of more suitable means of transport. This vehicle started the new transfer service from Villa Rogatti in Ortona to Lanciano, giving thousands of young fellow citizens the possibility to continue their studies in the nearby high schools, which had never been so close until then.

Each trip was a real moment of aggregation, and there are indeed good popular stories from those days, still alive in the hearts of those who remember. And there it is, Tigrotto 1956: among the buses used instead for local and religious tourism. It represents the company's growth while strengthening with solid roots and strong spread wings and organising journeys across the region and nation. From now on, Ortona also became a starting point where the locals could broaden further horizons and start to become tourists and travellers. The future seemed to be increasingly colourful.

During the 90s, the company became bigger and bigger, and the Ermindo's family, with his wife Silvana and two sons Nicola and Claudio, took over the ownership. Each one with his role, making the business even more devoted to development and passion. Nowadays, Nicola Civitarese, together with his wife Luciana, is still writing the pages of this book. Thanks to them, the company could fly towards new perspectives during the 2000s, and this still-standing realised dream is also supported in recent years by their sons and the precious associates and drivers, the real soul of the company. Civitarese Viaggi is now an important transportation and tourism family business in the Italian Abruzzo region, operating on the territory as a tour operator, travel agency, ticket office provider, bus and e-bikes rental, daily transfer to Rome and airports, and local public bus lines.

Tigrotto OM Orlandi, nationally recognised as a 'historical vehicle', brings back to mind a story of values: the 1956 bus symbolises the first 10 years of reconstruction, rebirth and gradual transition to actual public transport in Ortona in the golden years. He puts back in motion the memories of a past time. It also becomes a precious means of enhancement for the Ortona town through a project promoted by Civitarese Viaggi in collaboration with the municipality, associations and some local realities. It represents a new rebirth again in this historical time, travelling from the hinterland of hills and traditions to the adjacent Trabocchi Coast in a post-pandemic era.

Since the present seems to be a continuous question mark and the future knocks incessantly, Tigrotto wants to tell that our past will always remain the milestone to build on. 74 years later, the company history of Civitarese Viaggi continues to be valid proof for this.